Bald Eagles are typically the more abundant wild life we will view on our tour. It is estimated that 30,000 eagles reside in Alaska . It’s a very rare day not to see one. The most documented, were 30 different eagles seen by one our guests on our tour.

The bald eagle is an opportunistic feeder and although not picky about how it gets its food, they subsist mainly on fish, which it swoops down and snatches from the water with its talons.

It builds the largest nest of any North American bird and the largest tree nests ever recorded for any animal species. Immature bald eagles don’t develop their distinctive white head and tail until they are between 4 and 5 years old. The bald eagle has a body length of 28–40 (70–102 cm) Typical wingspan is between 5.9 and 7.5 ft (1.8 and 2.3 m) and weighs between is normally between 6.6 and 13.9 lb (3 and 6.3 kg). Females avg about 25% larger than males.

The size of the bird varies by location and generally corresponds with Bergmann's rule, since the species increases in size further away from the Equator and the tropics. The average lifespan is 20-30 years.

The largest Alaska moose was recorded in western Yukon in September 1897; it weighed 1,808 lb (820 kg) and was 7.6ft (2.33 m) tall at the shoulder. The average lifespan is 15-25 years. The Alaska Moose is not as common to see as the eagles but the odds are still good to see moose. Moose are the most sought after big game animal in Alaska. With its estimaded 175,000 population.

In Alaska, we have both black bears and grizzly/brown bears. Due to their nocturnal attributes, they tend to be more active in the late evening hours. That doesn’t mean you wont get the chance to see one though. There is an abundance of food in the river and they eat mostly berries and the spawning salmon.

There are an estimated 100,000 black bears living in the Alaska wild. They weigh as much as 350 lbs (158.7 kg) but average around 175-225lbs (79.37kg-102kg) compared to the Grizzly Bears weighing as much as 400-790 lbs (180-360kg). Brown and grizzly bears are classified as the same species even though there are notable differences between them. “Brown bears” typically live along the southern coast of the state and are typically larger than their “grizzly” cousins that live in the northern and interior parts of the state.

While they are very rare to see, the copper river is home to a wild bison herd. Plains bison are the smaller of two subspecies of American bison found in North America, and they are an introduced, rather than native, species in Alaska.

The Copper river's famous salmon runs arise from the use of the river watershed by over 2 million salmon each year for spawning. Most of which are the Sockeye (Red) Salmon ranging in size from 5-15lbs (2.3 to 7 kg). The Chinook or King salmon ranging in size is an average 10 to 60lb (4.5 to 27.21 kg) and is the prized trophy fish sought after by many anglers. 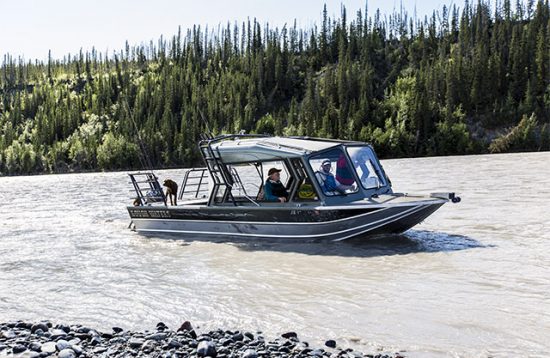 Get ready to embark on one of the most historical, untouched, uninhabited areas of Alaska. The adventure begins on the Klutina River for about a half a mile, then we… 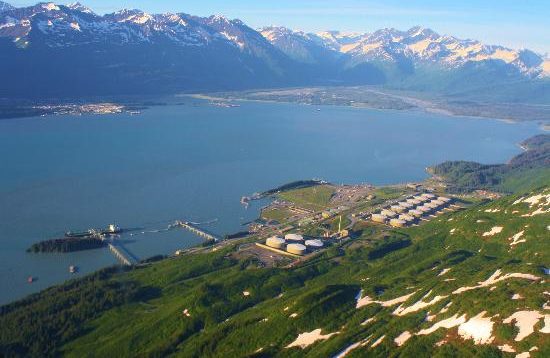 One of the world’s largest pipelines is this 800-mile long, 48-inch diameter duct system carrying crude oil and having 11 pumping stations. Set sail onto ocean waters with a scenic…